The Search for Vulcan

By paulfcockburn on 26 September, 2016 in Popular Science 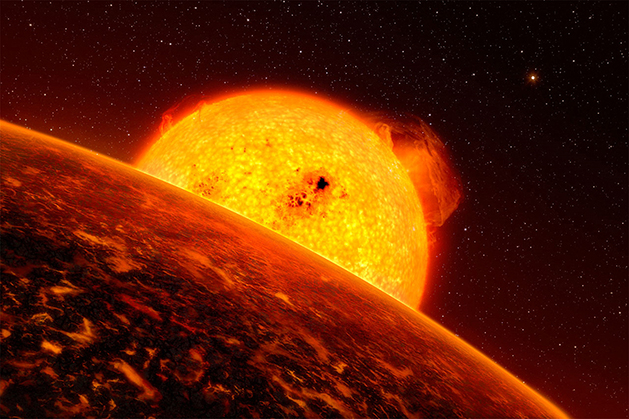 It’s 50 years since American television viewers first sat down to watch Star Trek, and its popular character Mr Spock, from the distant planet Vulcan. A century earlier, though, many respected astronomers believed that a real planet Vulcan existed within our own solar system – and it took the genius of Albert Einstein to ultimately prove them wrong!

By 1859 the French mathematician Urbain-Jean-Joseph Le Verrier had already spent much of his career creating an accurate mathematical model of the solar system. Innermost world Mercury, however, was proving problematic: its closest approach to the Sun – its perihelion – was moving around the star slightly faster than the influence of the other planets – Venus, Earth, and so on – could explain. Mercury simply wasn’t obeying the rules of gravity as defined by Sir Isaac Newton back in 1687.

For Le Verrier, though, the solution was obvious: some undetected mass, orbiting even closer to the Sun, was giving Mercury a regular gravitational “push”.

Le Verrier personally hedged his bets on whether this unseen body was a single planet or “a group of asteroids”, but most people opted for the former. Given its closeness to the unimaginable heat of the Sun, the new world was speedily named Vulcan, after the classical god of fire, volcanoes and the forge.

So why did astronomers – including the British Royal Astronomical Society – accept Le Verrier’s theory? Simply put, in 1864 the French mathematician had pointed German astronomer Johann Gottfried Galle successfully in the direction of Neptune, having mathematically extrapolated its position from irregularities in the orbit of Uranus.

“People were convinced because, within the context of the science of their time, the logic behind Vulcan was overwhelming,” says Thomas Levenson, Professor of Science Writing at the Massachusetts Institute of Technology.

“Newton’s theory of gravity completely accounted for just about everything you could see. Then along comes Neptune which is discovered, ‘at the tip of Le Verrier’s pen’, entirely within a Newtonian world view – an enormously powerful demonstration of the ability of modern science not just to describe but anticipate and predict.”

As Levenson explains in his book, The Hunt for Vulcan: How Albert Einstein Destroyed a Planet and Deciphered the Universe, astronomers started looking for Vulcan with real excitement.

Many searched for what they knew would be a tiny object next to the ferocious brightness of the Sun; others poured carefully over historical records for what might be previously mis-identified sightings. All things considered, it was accepted Vulcan would be difficult – if not impossible – to detect directly.

The first notable “sighting” of Vulcan came almost immediately; the transit of an unknown object across the Sun, observed by amateur astronomer Dr Edmond Modeste Lescarbault; this proved sufficiently precise for Le Verrier to make an initial estimate of Vulcan’s orbit. Others, linking Lescarbault’s sighting with what they decided were previous misidentified observations, promptly calculated the planet’s next transit.

Vulcan failed to appear; this was disappointing, but “absence of evidence” is by no means “evidence of absence”. Sightings kept coming in, often from reputable sources; by the mid-1860s, the UK’s first ever magazine aimed at amateur astronomers, The Astronomical Register, had no compunction about listing “Vulcan” as the innermost planet in the solar system.

And so it continued until 1878, and numerous observations conducted during a solar eclipse visible from large tracts of North America. With most of the Sun’s light blocked by the Moon, it was an ideal opportunity to search for any objects lying very close to the Sun. Observing techniques and the quality of telescopes had also been much improved.

Yet the pattern was the same; a couple of observers – one a professional, competent astronomer, the other a talented amateur – saw what they thought to be Vulcan. No one else did.

“I think that’s the consensus point at which, whatever else was happening with Mercury – and clearly something was happening – people realised that Vulcan was not the explanation,” says Levenson.

Yet it would be the best part of 40 years – November 1915 – before Albert Einstein successfully explained how Mercury’s excessive “perihelion precession” made perfect sense within his theory of gravity being the curvature of spacetime caused by matter. Simply put, with general relativity, there was no need for Vulcan.

This, according to Levenson, is actually the most interesting aspect of the story of Vulcan; not that some people found what they were looking for, irrespective of it actually being there, but that the Newtonian model of the universe was so ingrained that even numerous empirical observations of Mercury were not enough to force a re-think. That it took someone as radical as Einstein to redefine how we saw the universe, and actually use Mercury’s perihelion precession as proof.

“One of the fundamental claims of science is that it is self-correcting at the demands of nature; evidence of the real world triumphs even the most beautiful idea,” he says. “That’s not what happened in this case. Vulcan’s biography offers a glimpse of how hard it is to make sense of the natural world, and how difficult it is for any of us to unlearn the things we think are so, but aren’t.”