By paulfcockburn on 7 March, 2017 in Arts & Culture, Disability 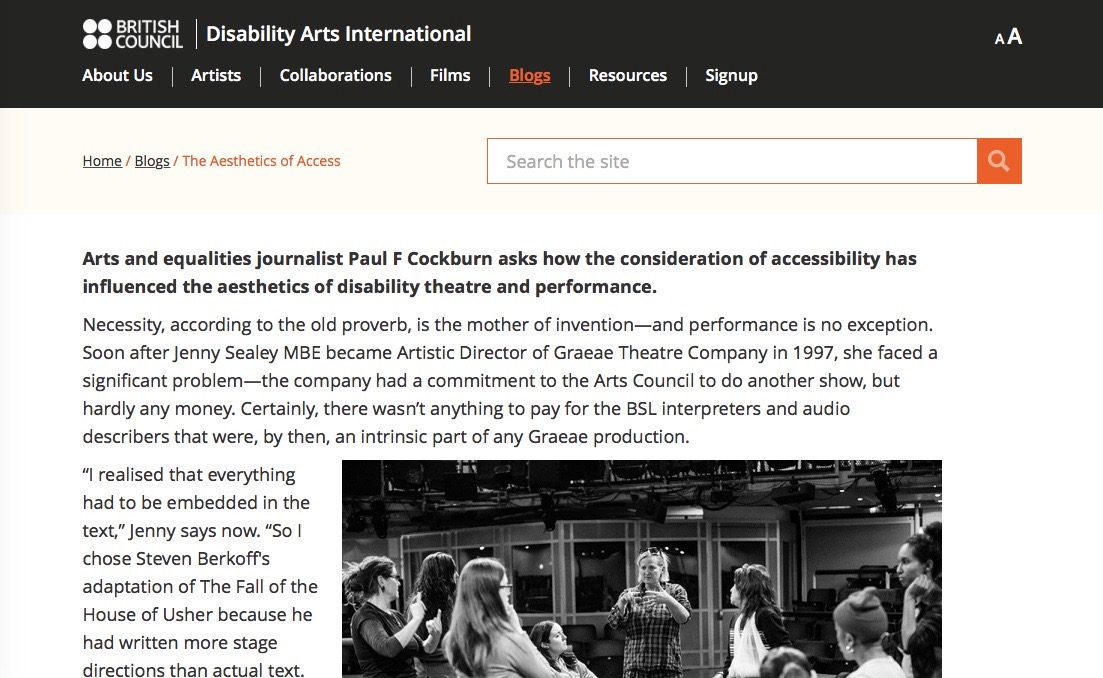 Arts and equalities journalist Paul F Cockburn asks how the consideration of accessibility has influenced the aesthetics of disability theatre and performance.

Necessity, according to the old proverb, is the mother of invention—and performance is no exception. Soon after Jenny Sealey MBE become Artistic Director of Graeae Theatre Company in 1997, she faced a significant problem—the company had a commitment to the Arts Council to do another show, but hardly any money. Certainly, there wasn’t anything to pay for the BSL interpreters and audio describers that were, by then, an intrinsic part of any Graeae production.

“I realised that everything had to be embedded in the text,” Jenny says now. “So I chose Steven Berkoff’s adaptation of The Fall of the House of Usher because…

What’s Causing the Strangest Star in the Universe?
Andrew Doyle on Forrest Reid