By paulfcockburn on 7 July, 2015 in Arts & Culture, Disability 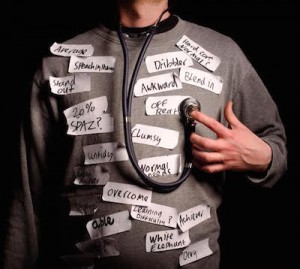 Punk poet Rowan James gears up for his Edinburgh debut

Every August the world’s performers and entertainers flock to Scotland’s capital. Paul F Cockburn asks just how easy is it for disabled artists and audiences to get the most out of the Edinburgh Festival Fringe?

Given that it’s been running every year for nigh-on seven decades, it’s hardly surprising that the Edinburgh Festival Fringe has inspired a few traditions. One of the most prevalent – at least among frustrated locals trying to get from A to B through streets suddenly blocked by busking acrobats – is the assertion that the Fringe is now simply too big for anyone to cope.

They’ve been saying that since at least the 1980s, of course, but the headline figures are startling nonetheless; the 2015 Fringe consists of 3,314 shows, a total of 50,459 performances within little more than three weeks — and that’s before you include the independently run programmes offered by three separate ‘free Fringe’ organisations.

Far too much choice? Not if you’re a disabled person, it would seem. Barely more than half (53%) of the listed 313 venues are described as wheelchair accessible, while just one in ten will have hearing loops installed. A mere 47 shows (that’s 1.4% of the total) include signed performances. If you rely totally on audio description, then the 2015 Fringe essentially consists of 19 shows…