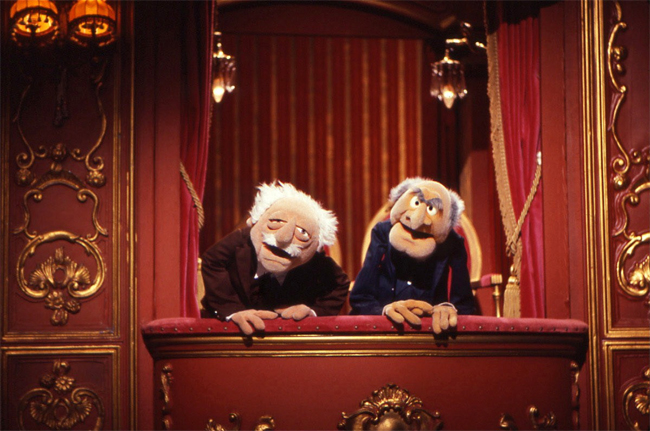 The first rule of theatre reviewing, according to Lyn Gardner, is “that there are no rules – you’re writing a review to express your thoughts and feelings about a theatre show, not taking an exam”.

Well, that’s fine as far as it goes. As she points out, a “theatre review” in our brave new digital world “can be a succinct and witty 140-character critique on Twitter, an occasional or regular response on the comment threads (…) or a piece of writing on a blog that runs to many hundreds of words and uses the production as a springboard to discuss wider issues.”

The days when reviewing theatre was the preserve of a few privileged individuals writing for “quality” newspapers are gone. We’re now in a theatrical wild west; as “traditional” opportunities for theatre reviewing are lost through repeated newspaper budget cuts, there’s been a blossoming of review sites, blogs and the use of Twitter hashtags. Yes, this can be seen as yet another example of the online move from professional journalism to non-professional content. Yet it’s undoubtedly a blooming of new voices and perspectives, which is surely good for theatre overall. If theatre reviewers can’t somehow monetise or otherwise exploit their skills and knowledge for themselves, perhaps its time for them to move on?

While I’ve reviewed theatre, on and off, for around two decades, it’s only become a noticeable habit in the last four years – coinciding, strangely enough, with my “being freelanced”. The earliest published theatre review I’ve tracked down within my personal archive is one I wrote about Graeae’s 1997 touring production of Joe Orton’s What The Butler Saw – but actually it’s primarily an article about the “disability-led” theatre company rather than the show itself.

That’s apt, though: I only fell into theatre reviewing because I started writing about theatre as a staff writer. It’s a habit that’s stuck; all my theatre-related writing is purposely written for existing publications, be they print and/or online.

The majority of reviews are for Broadway Baby. Given that these reviews were written for no up-front fee (beyond receiving a free ticket – or tickets – to see a particular performance), you might well wonder how – indeed, why – I continue to consider myself nonetheless to be a professional theatre reviewer.

Well, there’s the minor point that I’m compensated for writing my reviews. Occasionally, this is even in hard cash, carefully invoiced for the satisfaction of Her Majesty’s Revenue & Customs. Those reviews are undoubtedly a part – albeit a minor one – of my freelance journalism.

The rest of the time, the compensation is just – a word I use advisedly, being well aware of the fortunate situation I’ve placed myself in – a free ticket or two for the press night. (Plus the occasional opportunity to contribute some paid-for journalism within a theatre brochure.) Yet, given that many other “unpaid” reviewers and bloggers receive free tickets from theatres these days, my idea of professionalism isn’t simply about getting to sit in the stalls for free.

It’s not about the quality of the copy I produce, either. There’s plenty of brilliantly composed, highly perceptive writing on theatre out there, produced by people just because they want to. As a freelancer, I can only take heart from the fact that there’s a hell of a lot more that’s complete rubbish; inane, ignorant and garbled scrawls mistyped with absolutely no idea about the proper use of the full stop, let alone a semi-colon.

Still, let me repeat: being paid cash by a publication to write something is neither a guarantee of quality nor a sign of professionalism. Even though you might think it should.

This is only my own perspective, of course, but I hang any sense of my professionalism on who I write my reviews for, and how I write them. As previously mentioned, I only review for existing publications, be they print and/or online. This is quite important, as it means my principal responsibility isn’t to myself or to the productions reviewed – it’s to the editors who “commissioned” those reviews in the first place.

To put it another way, I consider myself a professional theatre reviewer not because I (hopefully) provide clearly written, succinct expressions of my reasoned, informed answers to that most perennial of artistic questions, Is it any good? It’s because I do this at an agreed time with my editors, and follow the publications’ particular house-style – in terms of length, vocabulary and focus. (If I think of my readers at all, it’s only within the general terms outlined in those publications’ press packs, or discussions with the editors.)

So, I will write a review differently depending on whether its for a specialist publication or a mainstream title, whether it’s a “quality” newspaper looking for 600 words or a populist tabloid demanding 200. My fundamental opinion of a production won’t be affected, but how I express that view – and the aspects I’ll focus on – will depend upon the kind of copy needed by those commissioning editors.

I am, after all, a journalist for hire.

This doesn’t mean, however, that I will write anything: I’m aware that objectivity, impartiality and fairness are very different things. I also believe that any editor worthy of respect – as true for online review sites as old-school print titles – will want to publish content which maintains its readers’ trust. So they need reliable reviews, not just marketing spin. While I will alter the form of what I write to suit my clients, I still endeavour to review consistently, explain things succinctly and to criticise fairly – to show that I was paying attention, if nothing else.

All of which is probably the nearest I’ll get to the ethics of reviewing theatre.